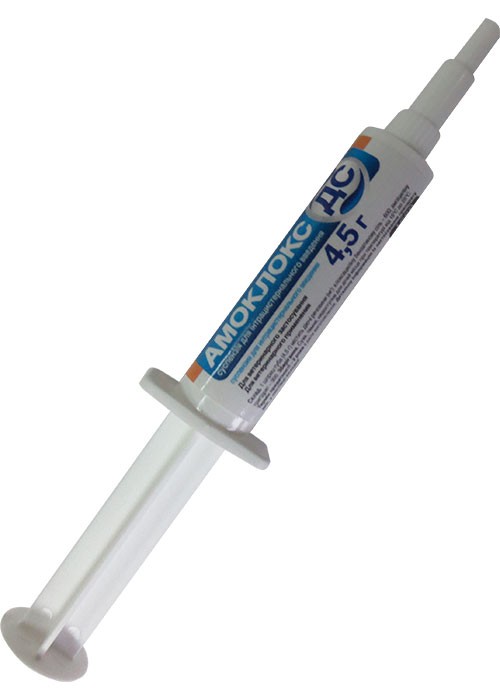 PHARMACOLOGICAL  CHARACTERISTICS. Amocloks DS – combined antimicrobial drug, which includes Cloxacillin  benzidine  salt  and  ampicillin  trihydrate  that are  active  against  most  strains  of  gram-positive  and gram-negative bacteria.

The mechanism of action of antibiotics provides violation  of  the  synthesis  of  the  bacterial  cell  wall,  causing osmotic imbalance of bacteria and their death.

APPLICATION. Treatment of cows mastitis in interlactation period and for prevention of possible infections during it.

STORAGE. Dry, dark, inaccessible to children at temperature from 15°C to 25°C. Do not store together with food, drinks and animal feeds.